In February, DIL Trust UK hosted an exemplary DIL student from Orangi, one of the largest slum settlements in Asia, on a trip to London. 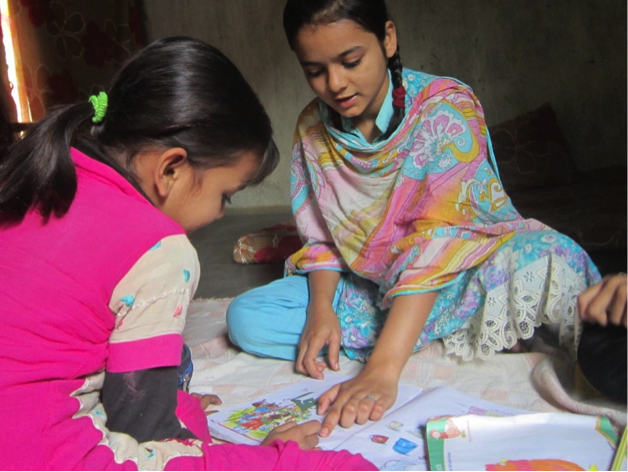 Currently in the 9th grade at DIL Mehran School, Areej Fatima dreams of becoming an independent businesswoman. Although the majority of girls in Orangi do not go beyond primary school or consider obtaining careers, Areej wants to be different.

“Most girls in Orangi Town where I live work from home making envelopes, peeling garlic for the market or sewing clothes,” explains Areej.

“I want to grow up to be a fashion designer and want to stand on my own two feet.”

Areej’s parents are extremely supportive of her and her three sisters. Her father is a textile worker and her mother is a seamstress, but they are both adamant that Areej study further and be given more opportunities than those that were available to them.

Due to her parents’ meagre earnings, Areej was forced to attend a local public school at first.

“In that school, I didn’t have the opportunity or a chance to do something. We just studied the old fashioned way, reading and writing and learning things by heart.”

Two years ago, Areej enrolled at the DIL Mehran School in Orangi. She now studies chemistry and biology, and also attends the Access and iEARN clubs, after-school groups to learn English and computer skills. At her new school, students are encouraged to do online presentations, research current topics and teach others.

“Now I feel confident and can present in front of my whole class.”

Areej’s success in school prompted DIL Trust UK to host her in London for five days in February.

When she arrived, The British Asian Trust, a partner organization of DIL Trust UK, entertained Areej along with another student from India. Areej bought new shoes, went sightseeing to Trafalgar Square and Buckingham Palace, and went to a banquet attended by the Prince of Wales. She was also interviewed by an anchor at the BBC.

The following day, Areej addressed DIL Trust UK’s partners and donors at a banquet at the House of Lords. She spoke confidently in her Q & A session with Ahmereen Reza (Chair of DIL Trust UK) about her family, future aspirations, her school and the various extracurricular activities she takes part in at the DIL Mehran School. Areej stressed the need to promote education, not just in her school but also for children across Pakistan.

On her final day in London, Areej toured the science museum.

“What I loved most about London was the sense of style and shopping malls.”

We wish Areej every success in her future endeavours!