Josh (Against the Grain) 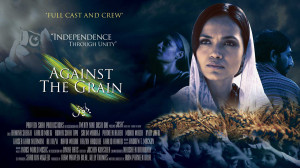 Out on DVD and digital download now, Josh (Against the Grain) is a film that sheds light on Pakistan and its people’s push for equality. Josh explores the education system, class separation, women’s rights, feudalism and the youth movement happening within the country today.

After a heavily sold out theatrical debut, Josh has been released on DVD and video on demand through Amazon, iTunes and Netflix. It is a recent winner of the Best Independent Film at the ARY Film awards and the 2012 Women in Film fund, among other awards.

“…JOSH needs to be seen by Western audiences so they will understand that Pakistani citizens are demanding justice and equality for all her people.” – Mitchell Block, Indiewire

To learn more about the film, go to www.thefilmjosh.com.

View all posts by  ›  teachkids

This site uses Akismet to reduce spam. Learn how your comment data is processed.

WHY DIL IS DIFFERENT?

Focus on Girls’ Education: Over 65% of DIL’s student population is female. The national literacy rate for women in Pakistan stands at 38%.

Addressing the Needs of Rural Educators and Students

Monitoring and Evaluation: The key to the success of DIL’s projects is a robust monitoring framework and complete financial transparency.